The first ever science-backed, psych-approved database of 10-minutes-or-less persuasion cheat codes to take you from persuasion-noob to master persuader in a matter of days

If you can sit still for 10 minutes & click a button to play a video, you can immediately use the code in your emails, social media, webinars, sales pages, websites, videos, podcasts, interviews...to double, triple even quadruple your sales, conversions, and engagement.

Feeling a Tremor of Excitement Run Through Your Body?
If so, you are already coming under the spell of these cheat codes because I have already used at least 5 of them so far on this page and you probably didn’t even notice. That’s how these work—invisibly

In 2021 and Beyond…
Those who don’t master the not-so-dark art of Online Persuasion will be left in the dust by those who do….those are what I call master persuaders.

Let me remind you why I think your future hangs in the balance, why this is so vitally important NOW.

FACT ONE: Almost 60% of internet users multiscreen routinely. On average three days a week & more than 80 minutes per day.

FACT TWO: Only 14% of internet users remember the last ad they saw and only 2.8% thought it was relevant

FACT THREE: Humans face 2,500 Marketing messages a day, they can only respond to TWO of them.

FACT SIX: 510 million blog posts have been written this year so far (and we are only getting started)

FACT SEVEN: Most advice on persuasion is either too academic (gives you the science & the findings but not actual application) or out-dated (what worked 80 years ago DOES NOT work anymore, yes humans are the same but their consumption habits have changed)

FACT EIGHT: The newest unscientific gimmick, the latest untested tactic, the currently trending invalid ploy your favorite online guru shared with you will stop working in a week.

FACT TEN: Facebook is running out of ad space, Gmail is tightening spam filters for literally anything business related, Youtube is cracking down on small players and IG is hell-bent on mind-fucking its way to a new newsfeed every 3 weeks.

With these Master Persuader Cheat Codes, in one daring stroke.....

You can blast through the learning curve, electrify your market, gain speedy momentum, wow your clients, trigger remarkable word-of-mouth, spark unignorable buzz, outmaneuver your competitors and bring forth a torrent of new clients.

Hey, I am Bushra and I am a Persuasion Strategist

Some call me Queen Bee of Online Persuasion, others call me a mad scientist when it comes to persuasion.
What I REALLY am is someone who’s obsessed with how the human brain works but also with how to use this information to get a YES online. I have worked with thousands of business owners and I take my clients from lost & frazzled to being intergalactic balls of awesome..all through the power of persuasion.

I have 9000+ paying clients (almost 20% of my list) which is mind-boggling given that the industry average is 1-2%
My courses have a 70%+ success rate which is stupefying given that only 5-10% in a typical online course actually FINISH it!
Managed to use this business to feed+educate 3,000+ street children in India, Pakistan & Bangladesh.

And No, I don't Just Use My Persuasion Powers For My Own Selfish Motives (well a little)
Here's just what some people have to say about my teachings & strategies 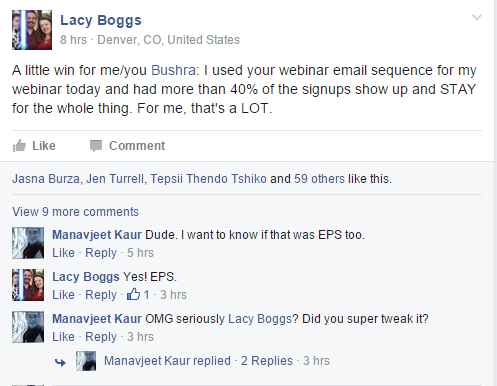 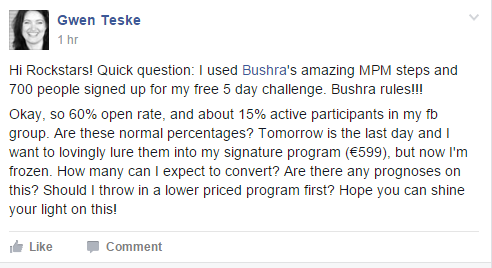 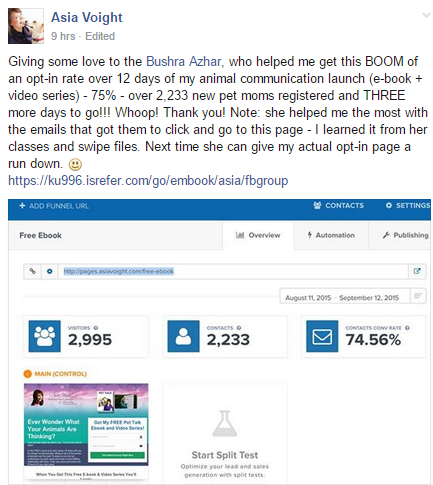 Introducing The First Ever Science-Backed, Psych-Approved

The Online Persuasion Mastery hinges on SEVEN Money Streams that has cheat codes that address all aspects of that stream.

All Rights Reserved- The Persuasion Revolution 2021 & Beyond

I don't believe in get-rich-quick, take-this pill-and-be- awesome systems. I believe in hard work, integrity and service. That is exactly what all my courses and programs are meant to help you do. There are obviously no guarantees that you will get the same results as I did because that depends on your industry, your ability and your business..not to mention your resolve to step into the arena with the intention to win. I am here to give you the best tools possible to get you where you want to go but at the end of the day these are just tools, YOU gotta use them to get the results you want. What use is a great steak knife if you plan to order takeout right?

Please remember that nothing on this page or any of my websites or emails is a promise of earnings or a guarantee of results.